If a female Graylag Goose sees an egg outside of its nest, she will initiate a series of behaviors intended to get the egg back into the nest with her beak. She will complete these same actions if she sees an egg-shaped object outside its nest, like a golf ball or a door-knob. But far more hilarious than that, if the goose starts bringing the egg into her nest, and the egg is taken away during the process, the goose will not stop until she is done bringing the invisible egg into her nest. It’s behavior that simply does not adjust to new stimulus. This is what’s called a fixed-action pattern (FAP).

You may think you’ve never seen such a bird in your life, but I assure you that you have seen a very similar behavior, which I call a fixed-argument pattern (FAP). You see, if a FAPer sees a conversation or argument taking place about a topic on which s/h/ze has a strong opinion, s/h/ze will make their favorite argument. Even if the argument is actually only shaped or colored like the argument they thought it was. Even if the argument ends, or becomes about something entirely different. It doesn’t matter. A FAPer will continue to make the same argument they always make, bravely undeterred by the inappropriate context or situation. Now I bet you’ll agree that you’ve seen this kind of FAPing going on in all kinds of arguments and discussions, on-line and off-line.

That guy on facebook who comments on every atheist-related status or discussion with an extended analysis of how you are sure to find God eventually or why the dinosaur bones are there to trick us, even if you were talking about North Carolina trying to institute a state religion or the importance of Bayes’ rule? 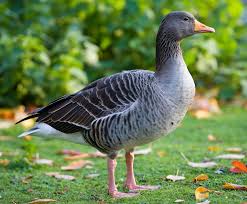 The woman in your social circle who always manages to work into a discussion that the Democratic and Republican parties are identical, corporate-owned cesspools of hypocrisy and mendacity, even if you were talking about comparing the intervention in Libya to that in Bosnia, or whether or not Hillary Clinton will run in 2016?

The genderqueer person you know who, seemingly upon hearing just the phrase “power of suggestion” will start quoting Tim Minchin’s Storm at full volume and railing against New Age things, even if you were having an utterly different conversation about the incredibly interesting world of nocebos, or harmful placebos?

What all these people have in common is that when they see a discussion going on about a particular topic, they seem to think to themselves “I know an argument about that topic!” and then proceed to give it, whether or not it’s appropriate or relevant. FAPers see making their argument as so important that it doesn’t matter whether it adds to the discussion or not.

It’s often with good intentions. I’m sure that the Christian in the first example really wants to save my soul, even at the cost of my conversation, which he’s just irritatingly derailed. I see feminists on the internet all the time giving Feminism 101 lectures in cases where it wasn’t appropriate, or where it would have been better to address more specific or nuanced points. Of course they want to convince others of their entirely valid points, and for good reason, too. It just may not have been the occasion.

In fact, we’re probably all guilty of FAPing at some time or another, because we thought we had a point that was too important not to say, even if it was only tangentially related to the argument at hand. But even when it comes out of good intentions, FAPing is a bad habit.

1. It is selfish. It makes the discussion entirely about the argument the FAPer wants to make instead of what has organically come out of the group up to that point.

2.  It confusingly and irritatingly violates the Gricean Maxim of Relevance, in which we all tacitly agree to only add to conversation with relevant things.

3. It’s really bad and unproductive arguing. FAPers fail to listen to what other people are saying, and as a result, don’t address any of their arguments. People tend not to get convinced that way. FAPing also often demands an all-or-nothing approach, where the opponent must agree immediately or be subject to a repeat of the fixed and unchanging argument.

4. FAPing is way less interesting than thinking about how to address the specifics of a particular argument. FAPing may as well be just copy pasted from a google doc, or a playing of a voice recorder. As a result, FAPers tend not to learn new things from arguments, since they’ll say the same thing no matter what.

How to Fix It

If you notice yourself making the same arguments over and over, or being accused of saying things irrelevant to the argument, try to stop yourself. Even if you think what you have to say is really important, if you find yourself thinking of how to shoehorn your point in, rather than thinking about to respond to what’s going on, take a step back. You might be FAPing. How to stop yourself? Think about what’s going on in this argument, not all the similar ones you’ve seen and been in, even if you know exactly where the argument is going. Try to respond to the argument this person is making, not all the ones it sounds like. I promise it’s more interesting that way.

If you notice others FAPing, ask them (charitably, kindly) to respond to the arguments that you or others have made that they haven’t responded to. Make sure to ask people on “your side” as well! Ask them what their opinion on the particular issues at hand are, and ask them to stay on topic. If they continue not to, delete!

So let us go forth, and FAP no more!

For another random animal-related piece of rationality advice, check out Julia Galef’s video about Sphexing.